Marcin Cienski summons the intangible. Using old photographs, pictures from magazines, personal artifacts and memories as source material, the Polish-born, USA -based artist creates lush, exquisitely rendered oil paintings that tap into our collective unconscious.
His moody, sometimes sinister work fuses the ordinary with the unsettling.
While the objects and scenes he portrays seem familiar, his paintings are nonetheless puzzling. Akin to film stills, they offer the potential for narrative but ultimately remain unresolved. This is because Cienski does not want the viewer to be pinned down by literal interpretations. Rather, he encourages us to draw from our own experiences and interior states – his is an art of possibility.

But we do not descend into these visions completely, for their technical execution is also significant. The jewel-like colours and lush shadows convey the marks of the maker – brush strokes are always evident. Their presence reminds us that we are involved in painterly acts of representation and interpretation. Cienski says; ‘I do not want paintings to imitate photography. I am keen on remaining true to the medium of oil paint that enables a creation of an independent, parallel reality on canvas with painterly means’.

The painter maintains that his art must not be solely intellectual. As such, Cienski’s desire to tap into a ‘sacred source’ (religious or otherwise) is important. Raised a Catholic, his examination of the spiritual is all encompassing – previous series involve ancient church interiors alongside kitschy weeping Madonnas. But Cienski never passes judgment. Rather than suggest that one type of devotion is more significant than another, his work’s overarching sense of ambiguity instead encourages quiet contemplation.

This extends to his examinations of the living. The figures he paints are often self contained and lost in thought. On occasion their interiority manifests itself in physical afflictions. Sometimes characters appear grasped by illness, and these ideas of entrapment or an invisible threat are central to the artist’s practice.

Cienski’s motivations are not easily articulated. He describes his works as conduits for messages larger than himself and maintains that ‘great art cannot be reasoned out. It comes from a source that cannot be described with smart words and theories’. For Cienski,
‘a painting shouldn’t mean but be’. Accordingly, as viewers, we must fight our desire to understand and succumb to his seductive visions of the inscrutable. 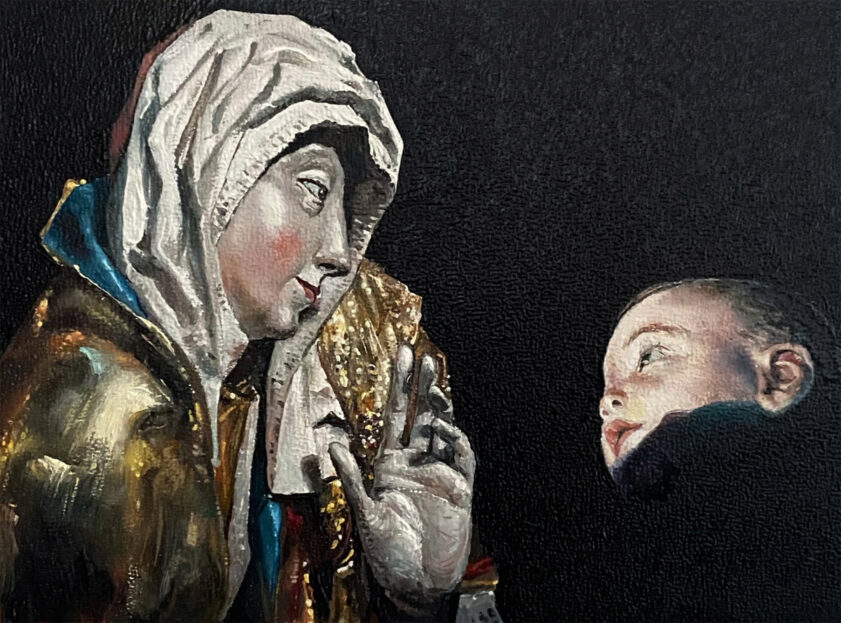 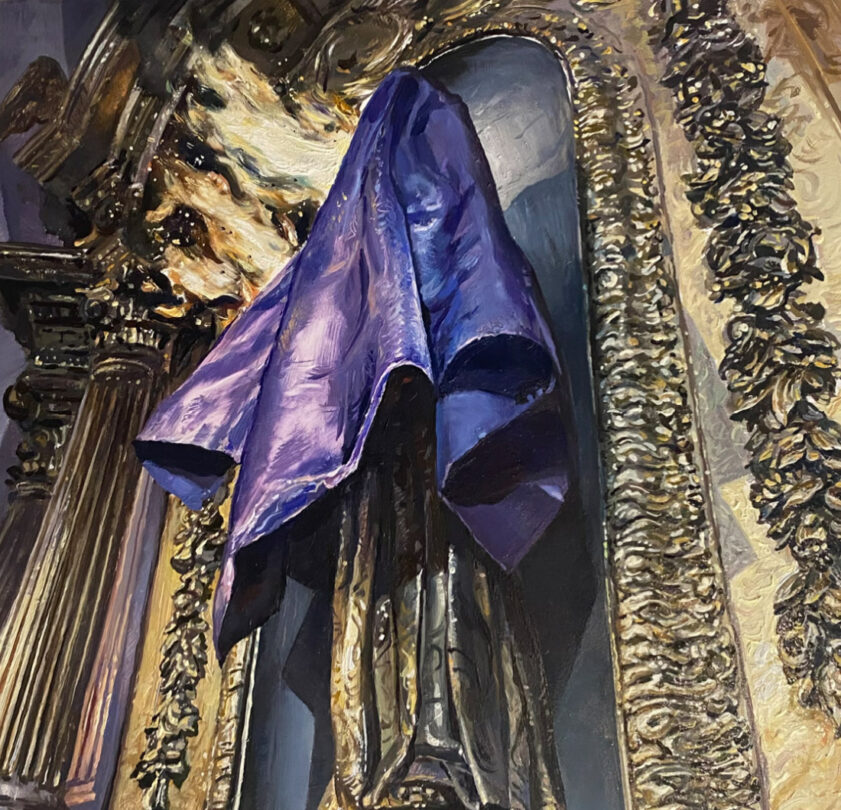 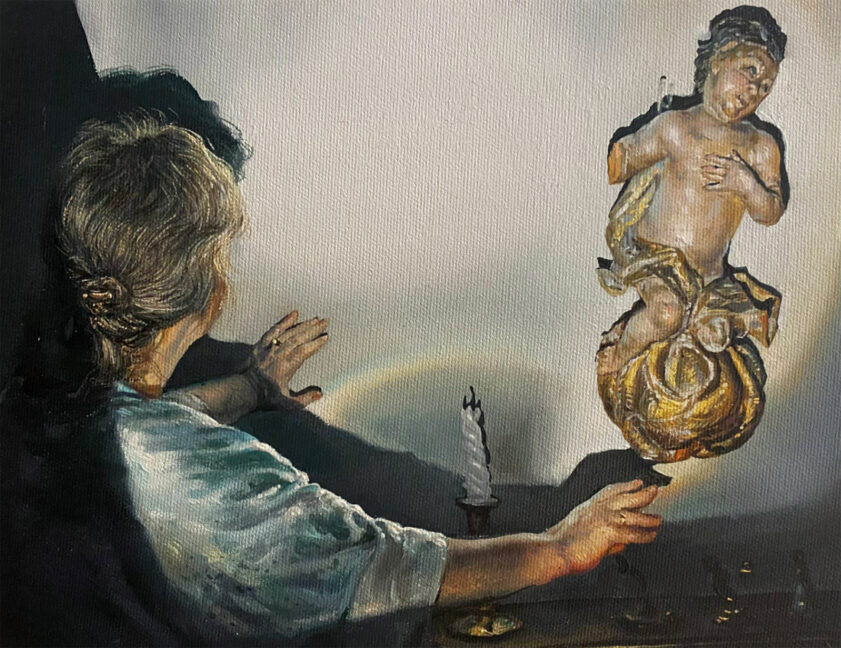 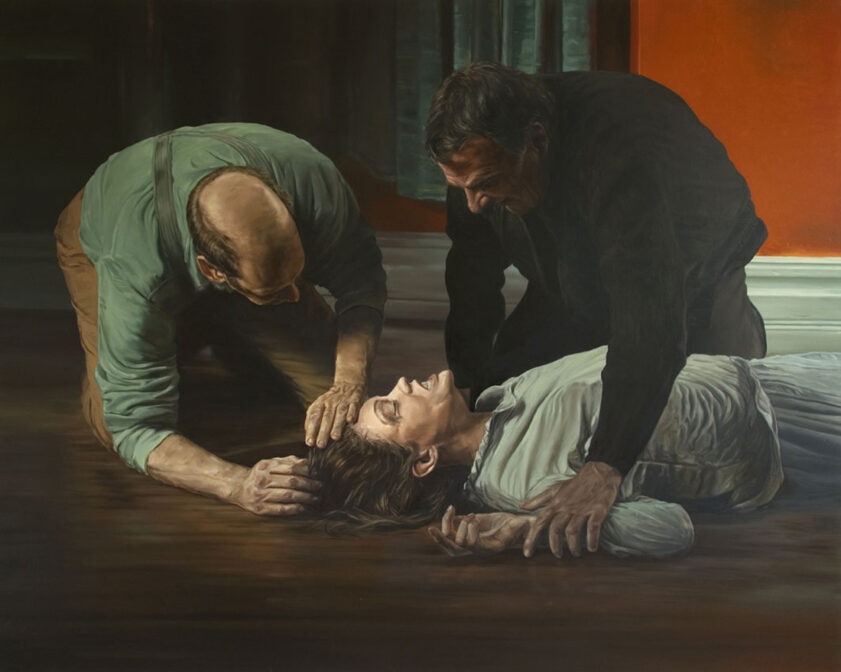 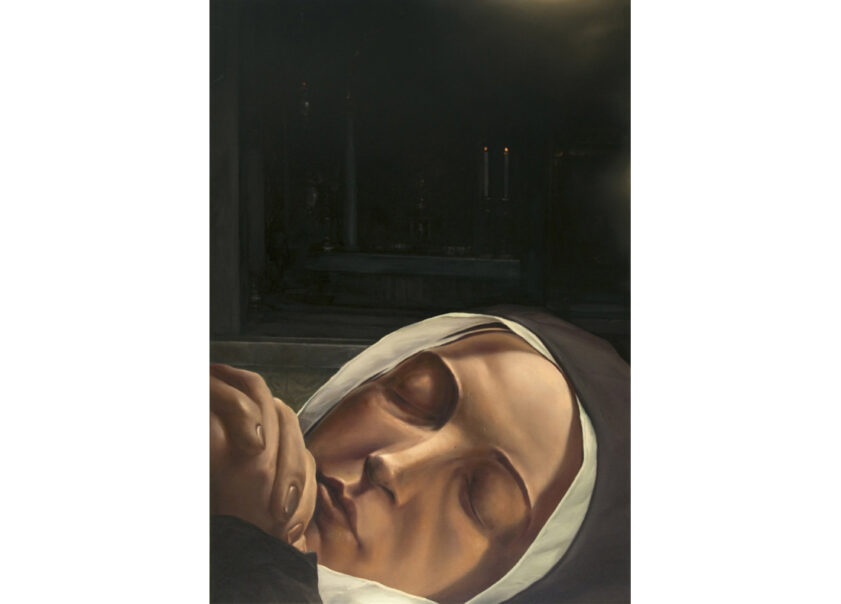